what are the main benefits behind the use of hashtags

It has been several years since the “#” symbol known as a numeral or a pad left those 2 names behind to be known as a hashtag by many people. It was on August 23, 2007 when Chris Messina suggested using the symbol to organize messages and groups on Twitter and since then the popularity of the now called Hashtag has not stopped growing, as it shows, it is currently known that on social networks such as Instagram 70 percent of them belong to brands.

This may be due to the advantages they provide, according to information from Hootsuite, publications with at least one hashtag receive on average 12.6 percent more engagement, an element that is increasingly difficult to maintain. However, although this advantage is important, there are other benefits that the use of hashtags entails, here we present them to you:

Social networks like Instagram have their own internal search engines that allow people to find certain content, with the use of hashtags using key words or terms, it is possible that more people discover your publications.

This benefit comes as a consequence of what was mentioned in the previous point, when you make your content easier to discover, more people can access it and consequently it is possible to receive more social traffic. After Google, social media is the most powerful search engine.

Having hashtags as part of your strategy can greatly help the brand advocates that your brand has, as you know, they are in charge of speaking well about the firm on many occasions and if they do it under a hashtag their messages can even have a greater impact. Remember, people trust the opinions of their peers more than those of a business.

A hashtag can also be helpful to measure the results of the efforts you develop with social media marketing. Through the use of third-party tools, it is possible to better understand the impact you generate with your audience and with social network users in general.

Finally, thanks to hashtags you can develop cross efforts between different social networks, these are not exclusive to any social network, for example, and you can use Instagram under the same hashtag during a campaign to maximize your reach. However, Instagram is the social network that uses the hashtag the most according to Hootsuite. 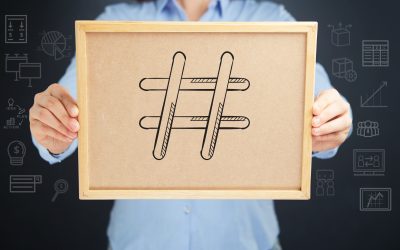 Try hashtagfox today to find top ranking hashtags. Hashtag is a keyword or expression used by users of social networks. It consists of a number sign and a word or words. Hashtags are preceded by the number sign (also called a hash). Hashtags are used to categorize the...

Try hashtagfox free to find viral secret hashtags. Influencers, companies or any user that wants to grow uses hashtags to get followers and earn likes. So, if your business is in the process of growth, they can be a very interesting tool to achieve your goals. ...

Hashtagfox is the best way by far to find working hashtags in seconds. Instagram has become the platform par excellence for everybody. It is one of the best key to promote your website, announce the launch of new products, interact with customers and increase sales....

What are the hashtags for?

A hashtag or tag, is a word or set of keywords, which are linked, without separation between them, preceded by the hash (#) these tags help to classify content within social networks. Once you write your tag in the publication of a social network such as Instagram or...

tips no one knows about the hashtag

use hashtagfox.com, the best generator for Instagram hashtags to grow your reach and impressions on instagram. Hashtags in your profile bio Before writing anything, think carefully about what you are going to do. Your profile biography informs all users about your...

hashtagfox.com allows you to find the best hashtags for your Instagram profile in seconds, so you can see your visibility explode organically ! The goal of many of the users who use Instagram is to appear as a popular user within the social network, however, it is...